I can’t wait for Saturday, January 24th!!! It’s National Readathon Day! Millions of readers will have their heads buried in the pages of books from noon to 4 PM. We’ll be reading in the comfort of our own homes, at the library, in cafes, etc. etc. It’s a chance to connect with other readers (hashtag #timetoread on Twitter) if you choose to make it into a local or online event. National Readathon Day supports a great cause–the National Book Foundations Literacy Program.

On Saturday, I’ll be reading at Daily Grind in Martinsburg and hanging out with my writing buddy Audrey (if anyone would like to join us). On Goodreads, I’ve committed to Troy Scott’s In the Devil’s Dream. I love a good scare! If anyone wants to read the same book as me, we can tweet and discuss it later 🙂

For all the readers out there, will you be joining National Readathon Day? If so, what book will you be reading? 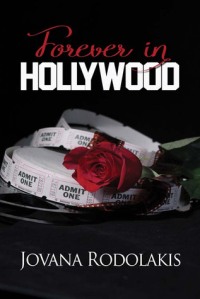 Fresh out of college, Marissa Pearson is ready to take on the world. That is, as long as the world isn’t confrontational. She never learned to deal with opposition, instead she runs from it. She ran from a violent boyfriend, a cheating husband, and now she’s on the run from Andrew Reed. He’s the sexy Hollywood playboy intent on nailing her down in more ways than one.

Long days on a movie set can bring people together. Soon Marissa finds herself falling for the wrong guy–again. When Marissa’s past catches up with her, in the form of a vengeful ex, she learns the price of running. But Andrew channels the heroes he plays on screen in order to give Marissa the strength to do the right thing.

Only when Marissa learns to face challenges thrown at her, will she also learn Andrew was the right guy all along.

I loved this book. It was written in Marissa’s first person point-of-view, so readers really get inside of her head to see what she’s thinking. I liked that she stuck up for her friend who was in an abusive relationship. Even though Marissa had a hard time standing up for herself, she remained strong for her friend.

Marissa was having problems with Dan, her cop husband. She didn’t trust him after he cheated, and he hated that she was planning on spending some time in Hollywood to work on a Revolutionary War movie. He was a prick and a coward! I hated him. She was new to the Hollywood scene but was able to make friends with the celebrities on set. I really liked her co-stars Billy (one of my favorite characters) and Andrew (he was so sweet).

My favorite lines: 1) “Pampers commercials don’t count.” I grumbled. 2) “How could two people who were once so right for each other, be so wrong together now?” 3) “So, I did what any respectable actress would do in my position, I lied.”

The author had a brilliant talent with dialogue and character’s voice. Every line sounded like a new actress, recently scorned, trying to adjust to her new life, while dealing with a creepy stalker–you’ll have to read the book to see this part because I don’t want to reveal any spoilers. I loved the sense of humor, as well as the suspense towards the end. Andrew can be my hero any day!

The mansion in the woods holds chilling secrets that have sauntered down throughout the generations. Trent Matheson, a victim of a brutal past he had absolutely nothing to do with is afraid of what lies within him. Struggling to live an ordinary life, he finds that the control he once possessed is slowly slipping away. The money, the power, the newly-found love…cannot subdue what is inherently a part of him. He is entering ‘The Season’ where he will be forced to face the essence of who he is in a fight for his very life.

Real Illusions offers a remarkable  edge where two storylines are intricately intertwined. It’s as if the reader is getting two books in one.

Let me start out by saying, this isn’t typically a book I read (so take my opinion with a grain of salt). I thought it would be more horror than paranormal/fantasy/supernatural (?)–I can never tell the difference between those. The book was okay. The story really didn’t get into ‘The Season’ or Trent going through his changes. I figured that was because the main character was confused and shocked with this new revelation, so readers were learning new stuff when he was. The story was interesting by showing the character’s dynamic with his co-workers and friends. Sounded like he was respected until…you’ll have to read to find out.

My favorite parts included the female main character. I loved her relationship with the little girl and her aunt when she moved to the United States. All this eventually tied into Trent’s life with a cool twist. The ending was my favorite; it was getting suspenseful, then it ended abruptly in a cliffhanger. I really wanted to see Trent find out the woman’s secret, but I guess that’ll be in the next book?

Overall, it was a good story. I just wish there would have been more showing instead of telling. At times the characters told what happened or what was happening, instead of showing it through a scene.

The Weekend Writing Warriors is an awesome site that allows writers to share their 8-sentence excerpts, published or unpublished, to the blogosphere. If you’d like to join or would like to read wonderful talent, please visit the WeWriWa website on Sunday: http://wewriwa.com

For my story, it’s the ending of Sequoia thoughts, then Perry’s point-of-view is back!!! Imagine seeing your significant other for the first time since she broke your heart…

The suitcases were heavy; if she hadn’t messed up, then Perry would be there to help. She sighed, holding back tears. What if the cast shunned her, making her an outsider? At least she knew she’d always have Kenley.

Perry glanced down at his watch: where was she? It was almost time to board the flight and Sequoia still wasn’t there. He was sandwiched between Colin and Melody, who kept bashing Sequoia, trying to make Perry feel better, but only making him feel worse. Why couldn’t they sit in silence and let him think?

The Weekend Writing Warriors is an awesome site that allows writers to share their 8-sentence excerpts, published or unpublished, to the blogosphere. It’s a fun way to get feedback on WIPs or to find new authors to read. If you’re interested in any of these options, please visit the WeWriWa website on Sunday: http://wewriwa.com

Here’s my excerpt on my story about a celebrity scandal:

“Sequoia, are you nervous about seeing Perry? Will you two get along for the sake of promoting your movie? Or do you think you’ll fight like cats and dogs, that whole sexual tension thing?”

“Perry and I are professionals. I’m confident that we’ll be able to get along, at least act civil when the cameras are rolling.” Sequoia swallowed a knot in her throat. Hopefully, she would be right.

She answered a few more questions, then they headed to the front door of the airport, escorted by Kenley’s boyfriend.