Weekend Writing Warriors is an amazing blog hop that features talented writers every Sunday. Writers and authors get to share their 8 sentence excerpt of published or unpublished works. To join or to read the wonderful excerpts, please visit the WeWriWa’s website on Sunday, August 31st.

This week, I’m continuing my chapter of the celebrity scandal story. Here goes:

Perry squinted his eyes, and his cheeks flushed red. “Don’t start.” Softening his face, he asked, “Did you know Cody was joining us?”

“No, if I did, I sure as hell would’ve given you a heads up-maybe Melody knew?”

They sat in awkward silence for a little while, enjoying their drinks and watching TV.

Bug-eyed, Perry turned his head to look at his friend. 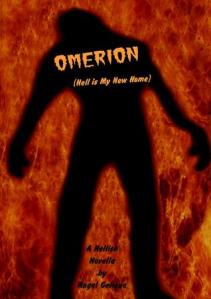 SO YOU THINK YOU KNOW ABOUT HELL?

“It is a place of unrelenting misery and interminable pain and sorrow. It is a place of lost hope, a dismal abyss where remorse is candy, and tears, nectar, to unforgiving monstrosities with endless appetites.”

In life, Samuel Rylandt was a serial rapist and murderer who callously committed heinous acts with no regard whatsoever for the women he victimized. In death, however, he will suffer the consequences of his depravity as his soul undergoes a startling corporeal transformation and he is thrown to Hell (Omerion) to complete three horrific phases of moral reconstruction.

Samuel’s notions of the underworld are broadened as he learns that “Hell” is actually an elaborate civilization where the damned agonizingly learn the virtues that evaded them in life.

I loved this short story. The opening: “There should have been an ear-piercing scream resonating throughout the dank, dismal cavern, but no sound spewed forth from my mutilated, bloodied mouth” gave chills down my spine. The story was told through Samuel’s first person point-of-view. The author was great with voice because I HATED this bastard!!! He was vile, he was slime, and I respected that Angel Gelique wasn’t afraid to write in fear. I was disgusted (in a good way), thankful Samuel got his karma.

My favorite lines: 1) “All the while I prayed–yes, me, the black-hearted atheist–prayed for the sweet relief of a finite sleep.” 2) “Scanning the room was like having a private glimpse into insanity.”

I enjoyed hearing about Molly Watts; it helped me understand Samuel more. The author was also great with description; her metaphors were original and creative. If you love horror, then you’ll love this book. If you’re squirmish or have a weak stomach, BEWARE!

Weekend Writing Warriors found a creative way to bring talented authors together who would like to share their 8-sentence excerpts to the blogosphere. These excerpts can be from unpublished or published works. If anyone would like to join or would like to read the wonderful talent, please visit the WeWriWa’s website on Sunday, August 24th.

I’m continuing my chapter for this week. If anyone needs to catch up, here’s Snippet #1, Snippet #2, and Snippet #3. My excerpt is still about two friends bonding over their hatred for a celebrity trying to mess up their promotional tour. Here goes:

Sequoia was good at keeping secrets, so it’s not like she would tell him.

“What’s up, you were looking at me weird. Don’t tell me that we can’t get past this afternoon.” A teasing smirk formed on Colin’s lips. “Will you forgive me if I print a public apology?”

2.  For no apparent reason, INTJs act friendly and distant toward you, leaving you confused. Just know that during this stage, the INTJ has found you appealing, but don’t know how to step up to the plate in letting you know

3.  INTJs will ask around to see if you like them way before they ever express any feelings themselves

4.  Will flirt with people they don’t care about, but will find it impossible to flirt with their crush

5.  Will research on personality websites to learn how to best understand you

6.  INTJs will make an effort to empathize and understand you, instead of being thoughtless in their social interactions with you

7.  THIS IS VERY IMPORTANT. PAY ATTENTION–INTJs will reveal something geeky about themselves to you to test your response. To pass, act casual and/or share something silly about yourself. They want to make sure you won’t run away from their quirkiness

8.  INTJs will share stories of vulnerability with people they trust, especially after that person finished sharing something. If they do that, you’re golden

9.  They will make you take the Myers-Briggs test online 🙂

10.  THIS IS VERY IMPORTANT. PAY ATTENTION–INTJs would be single if they didn’t have any affection towards you. So, if they’re in a relationship with you, then they definitely love and care for you!

Leo women are picky because they want the best. We’re patient and can wait for the right guy to come along. To speed up the process of winning a Leo woman over, here’s some things you can do:

1.  The favorite Leo combination–a romantic comedy. Make her laugh! Say sweet things to her and give compliments but in a half kidding, silly way. She’ll love the attention, and it’ll put her at ease because there won’t be any pressure on her end. Just keep it light and fun! Leos have a child-like passion approach to life–use that.

2.  Nothing is too much for a Leo woman, so don’t be a cheapskate. If you’re broke, it’s not a deal breaker. You’ll just have to get creative in making the best date ever. Maybe turn your kitchen into a 5-star restaurant by dimming the lights, playing soft ambiance music in the background, setting your table with a fine linen set, and cooking for her. You get the picture. No matter what, bring your A game!

3.  Going back to #1–use the fact that Leos have a child-like personality. Leos love to express themselves in things; it doesn’t matter if they’re good or not. It’s the expression that counts. Be good-natured and share laughs while doing a fun activity like karaoke, bowling, or miniature golf. As long as you keep her laughing and smiling, you’re breaking that wall and finding a place in her heart.

For all the Leo women out there, is there anything else you’d like to add? For all the guys out there, would you like to share your experiences of winning over a Leo woman in the dating or crushing stages of your relationship/friendship?

Weekend Writing Warriors is an awesome blog hop that allows published and unpublished writers to share their 8-sentence excerpts online. Followers can leave comments as feedback, critique, and/or encouragement and motivation. I’m happy that History Sleuth invited me to participate a little over two months ago because it’s been really fun so far. For any writers who would like to join every Sunday or would like to read the talented writers’ works, please visit the WeWriWa’s website on Sunday, August 17th.

I’ve been sharing my snippet on my story about three celebrities caught in a cheating scandal. Right now, Perry and Colin are at the bar, upset with today’s events during their promotional tour. If you need to catch up, here’s Snippet #1 and Snippet #2.

Here’s my 8-sentence excerpt as a continuation of the chapter:

The incident only happened a few hours ago. “Well, thanks for having my back; I really appreciate it.”

Perry sighed, thinking about that dreadful interview. He had promised himself that he would never discuss Sequoia’s kiss with the public, but he hadn’t anticipated that the media would force his hand. First, they were trying to start rumors about Sequoia and Colin, then they sprang Cody on him; Perry studied his friend. Would he ever make a move on Sequoia? Had he ever? 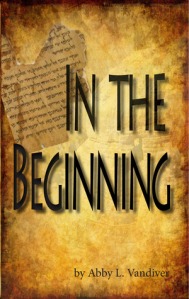 ***I received a free copy in exchange for a book review***

In 1997, Biblical Archaeologist Justin Dickerson is unhappy with her life in general and has decided to run away from her problems. Intervening, her mentor asks that she go with him to the Fifty Year Jubilee commemorating the finding of the Dead Sea Scrolls in Jerusalem. There she finds that in 1949 Jerusalem some of the 2,000 year old manuscripts, hidden in clay pots in the caves of Qumran, may have been destroyed.

Justin, obsessed with this revelation, is determined to get to the bottom of the deceit. Uncontrollable emotion takes hold of her, and family and faith help guide her as she unfolds the truth of Earth’s ancient mysteries discovering what really happened In the Beginning…

I enjoyed this book. It was easy to follow because each chapter was labelled with a place and date. The story switched from the 1940’s to the 1990’s often. It was written through Archaeologist Justin’s first person point-of-view. She was depressed but stayed focused on her job. I admired that she kept moving–some people completely shut down emotionally. Her family was a trip. I loved their back and forth with teasing each other.

Dr. Sabir had interpreted some manuscripts that described creation of man on Earth by man himself. Since the editor-in-chief Samuel Yeoman wanted to hide the book’s secrets, he did whatever necessary. Flash forward to the 1990’s. Justin and her team attended a conference to talk about those manuscripts.

I loved the plot. Justin’s boss told her to stop obsessing over the manuscripts, so she asked her brothers and sisters to help her discover the secret. They embarked on a journey to find the hidden manuscripts, then she had the task of having to re-interpret them. It helped that Justin had a photogenic memory. Her life was in danger because an organization went through great lengths to keep the secret hidden. As a reader, I’m all for strong females. I loved that Justin fought for the truth. That she wasn’t swayed to keep her curiosity at bay. I also loved that she was the ringleader in the adventures of solving the mystery.

I wish the story could’ve played out instead of everything being explained to the readers. It could have had more tension and suspense that way.

I have an idiosyncratic personality, so my favorite part of the book was the epilogue. I’m all for conspiracy theories. They’re always fun to dwell over. As a reader, I got a sense that Justin was based off the author’s real life. I wondered if those manuscripts were really real or just an exaggerated version of the truth for entertainment purposes. Either way, it was a great book.