Based on real events, this dramatized nonfiction describes the paranormal events experienced by four young men during a transformative period in their lives. What starts as youthful innocence grows darker and more sinister as the question of malicious forces and even trickery emerges. Will the bond of these four withstand the trials of fear and doubt that await them? 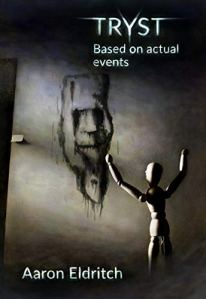 I really enjoyed this book. It got pretty suspenseful towards the end. Maybe I liked it because I’m a believer. The world is too huge to only have humans, I think. So, it was fun to speculate if these paranormal/supernatural events really happened or if the author exaggerated to make his book more interesting. I thought it was cool that the main character had the same exact name as the author; that’s why I’m assuming the book is about his own experience.

My favorite lines: 1) “You’re not crazy, Greg,” Derik insisted. “It’s his house, remember? Not you.” 2) “It seems so…intentional.” 3) “He hoped that Aaron had somehow done it, even if it meant that Aaron was capable of such a cruelty.” 4) “Sometimes you just want so much to be something special…To stand before the unknown, one amongst the lucky few.” 5) “He had never stood before that house alone in such darkness and took this as a sign of grim things to come.”

I didn’t know why the expression “in disgust” was used often. I didn’t really know what the characters were feeling with that description: shock? confusion? anger? Since the omniscience point-of-view was used, readers got a glimpse of the whole picture. Yet, I still want answers (that’s just my INTJ curiosity taking over haha). Was everything caused by aliens? Demons? A supernatural game? I could definitely picture this as a sci-fi movie as I was reading.