***I received a free copy to give an honest review***

Charly Bloom’s life took a wrong turn that has left her alone and frustrated. When she gets a call from an old flame, she returns to her hometown to investigate the disappearances of four children. The abductions are eerily similar to a set of previous crimes.

Two decades ago, Charly and her two friends decided to play amateur  detectives and help find a girl who was stolen from her home. Then, another girl went missing. Clues overlooked by the inept sheriff left only one child to survive: Charly. She managed to fight back and kill the Snatcher. Or so everyone thought…

Is the Snatcher back, or is there a copycat? Charly must face her past and her own personal demons in a race against time to save the latest victim. 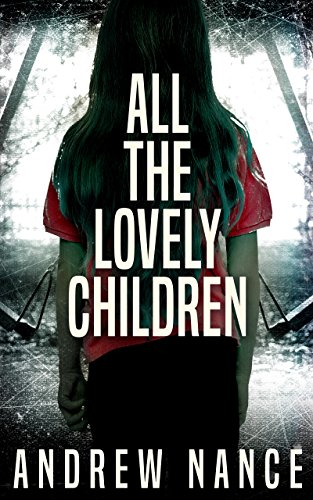 I really enjoyed this mystery. I loved that Charly, as a kid and as an adult, was badass. She wasn’t afraid to back down to bullies who were guys twice her size. She didn’t need a guy to protect her. She could protect herself.

The story kept going back and forth between the past and present. Since Charly helped catch the Snatcher when she was a kid, she was asked to figure out the killer now. Charly was a private investigator while her ex worked for the police department.

This book was written in Charly’s first person point of view. As a reader, you could see her excitement as she figured out clues, which made her endearing as a character. Her voice, in narration, sounded exactly the same to me whether she was a thirteen year old or a thirty-six year old. I wish the chapters which focused on her past would’ve made her sound more youthful.

The story was pretty intense. The villains were not playing around. I was on the edge of my seat for most of the book. No one was safe. There were two scenes that gave me the chills (in a good way): when the kids, Charly and Micah Lee, were snooping on Altus May’s property, and when the kids, Charly, Micah Lee and Bobby, went through the tunnel at night. Poor Bobby.

I absolutely, positively loved the twist! I hadn’t seen it coming. The author did an awesome job with all the red herrings. I also loved Charly’s interactions with her two best friends as kids, and how she always outsmarted the bike gang as an adult.

When L.M. Langley said she wanted to question me about my headspace when developing One By One, I couldn’t resist. Her reaction after reading the book reminded me of Mike, my beta-reader. Instead of writing suggestions in the margins, he wanted to have a conversation, expressing what he liked and didn’t like, as well as being excited to question how I came up with certain scenes. It was a cool bonding moment.

Keep in mind, if you want to read my discussion with L.M., please note she asked questions already knowing the twists and ending. If you haven’t read One By One yet, you probably don’t want to click on the link. Unless you love spoilers.

We went in-depth about:

If you’ve already read the book, I think you’ll get a kick out of the interview because I explained my motivations for my writing style, certain characters’ motivations, and the plot. It’ll give you a chance to understand me better.

Here’s the link if you’re not too scared to look 🙂 : Yawatta Hosby–Interview

I’m very blessed and thankful for everyone who’s ever posted a review for One By One. Over the past couple of weeks, I’ve been surprised with new book reviews on Amazon and Goodreads. It’s such a cool feeling.

Even some bloggers have agreed to look over my book. For awhile there, I kept getting rejected or ignored. It feels like everything is on the up and up regarding getting the word of mouth support. It couldn’t come at a better time 🙂

Diane from The Peasants Revolt book blog was nice enough to review One By One. If you’d like to check out her opinion, here’s the link: Diane’s Review–One By One By Yawatta Hosby.

Angelique was nice enough to offer featuring my book on her Why I Can’t Stop Reading blog since she couldn’t do a book review. It was refreshing to hear that after many no’s and straight up no responses. Here’s the book spotlight if anyone’s interested: Promo–One By One Written By Yawatta Hosby.

I’m still looking for book reviews for my mystery thriller, some have even referred to it as horror. If anyone would like to do a book review, I can email you a free copy. Just let me know at Author.Yawatta.Hosby(AT)aol(DOT)com.

I like to scare myself in the month of October. Whenever I tell people that, they look at me like I’m crazy hee hee. Well, here’s your chance to get your hands on a mystery thriller that won’t have you looking at woods, friends, and family the same.

ONE BY ONE Giveaway Contest runs through Oct. 11, 2013-Oct. 30th, 2013. The five winners will be announced on Halloween 🙂 One paperback and four ebooks are up for grabs!

1.  Write a comment on this blog post or my Author Page on Facebook, describing the spookiest event that has ever happened to you in real life–this is for a chance to win an ebook.

2.  Write a comment on this blog post or my Author Page on Facebook, describing the spookiest event that has ever happened to you in real life AND revealing the most frightening scene you’ve ever read in a book or watched on TV–this is for a chance to win a paperback.

Plain and simple, right? I’ll randomly draw names to get my winners. Whoever participates, good luck! And make sure to check back here on Halloween (Oct. 31) to see if you were one of the lucky winners selected!

Alone in the woods, thirty miles from civilization with no cell phone reception, the weekend turns into a deadly game when a killer hunts Rae and her friends. They struggle to stay alive and discover the truth.

Is someone stalking them, or is there a killer among the group?

Reminiscent of “Harper’s Island,” ONE BY ONE is a disturbing mystery thriller where a group of friends let paranoia get the best of them. With suspense and betrayal, it’ll also remind readers of “Scream.” Someone never intended for them to leave the cabin and will follow through with the plan by any means necessary.

I was lucky enough to contact Michelle Abbott through Goodreads to set up an author interview. She’s looking for published authors to interview them or a character from their book. If anyone’s interested, contact her through her blog.

By no means do I think I’m a celebrity nor do I think anyone even really cares what I have to say. But, it was pretty fun thinking of my answers to the questions. I would love to do more author interviews! It’s cool getting noticed outside of my blogging circle.

If you’re interested in reading my insights about publishing and my writing experience, then head on over to: Interview With Yawatta Hosby.

Woo Hoo!!! One By One got another review!!! Slowly but surely, I’ve been contacting bloggers to get exposure. Thank goodness self-publishing is a marathon and not a race hee hee.

“What I really like about this book is the human psychology Yawatta implemented into this story. She skillfully shows how each character reacts mentally and physically when people begin to die.”

If you’d like to read the full book review, head on over to The Musing Writer‘s blog:

I hope everyone enjoyed their Independence Day. I stayed inside where the A.C. is. Why? Because I hate the heat LOL.

To celebrate my birthday month, I’d like to give readers a gift. My debut novel is only .99 cents instead of the regular price of $2.99.

What people have been saying so far about ONE BY ONE:

“The horror really explodes in the final third of the book and a tangled mess is successfully straightened by the end, a feat which had seemed impossible just a few pages earlier.”–Beaird Glover

“The novel definitely made me feel for the characters and that’s quite hard to do in suspense/mystery.”–T.G. Davis

“The reader has an inkling who’s behind it all, through subtle hints and sheer intuition, but it turns out they’re wrong? Or are they?”–Jordanna East

“A politically correct assortment of nine 20-somethings heads off for a lakeside weekend, absorbed by their transient sexual pairings, petty spats and long-running, if shallow, relationships, all of it described in a style approaching the clinical. Ah, but there’s a madness in author Yawatta Hosby’s method! That same cold detachment persists as their sojourn in a remote cabin becomes a waking nightmare.”–Anthony Land

“I will only say what seems to be may not be the real thing until the very end. Now, to understand that you will have to see for yourself how this author has magically put this story together for the reader.”–Arlena Dean

If you’d like to take a chance on a new author and love thrillers, mysteries, suspense, psychological headgames, then ONE BY ONE is only .99 cents on Amazon, Barnes&Noble, and Smashwords.

Ever since my debut novel has been available on Amazon, Barnes and Noble, and Smashwords, I’ve been promoting. A second proof of my physical book is in the mail–if all goes well, then I can publish in ebook and paperback versions very soon.

I was lucky to find Arlena Dean, who’s a professional book reviewer. She’s a busy woman–I believe that I saw she’s given book reviews on Goodreads for over 2,000 books!

I love the design of her website because it’s all the book covers of the stories she’s commented on. To read mine, click on the book cover image then you’ll be directed to the actual review.

Arlena Dean’s Book Review on “One By One”